Did you know that every year in October there’s a fantastic Anime convention called Anime Attacks that takes place at Gateshead Library and is organised by a group of young people? And also that it’s part of Juice Festival every year?

‘That sounds amazing, but October is aaaages away’ I hear you cry. Well then I have some good news for you!

On 8 July 2017, Gateshead Library will host a pocket sized geeky convention called Pocket Geek, brought to you by the same group of young people as Anime Attacks. The Anime Attacks committee’s very own Laura Hilary previews the event for us:

Pocket Geek is a mini event set up by Anime Attacks, which entails a variety of entertainment for guests to take part in. There will be competitions based around Cosplay, Lego making, Talent, A fun Pub Quiz, Fan fictions and Fan Art for all guests to take part in with the opportunity to win some great prizes.

Along with our competitions at the event, we also have the guest Mel Gibson who will be looking at new comics and giving suggestions on comics for young people as well as the world famous Lego maker Bricks McGee who will be setting up a Lego making competition. 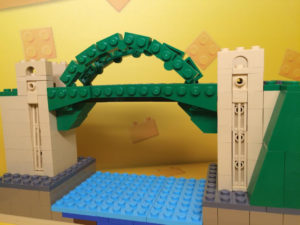 If comics and competitions aren’t your idea of fun, we also have two world class manga artists for the event ready to do manga workshops; we have anime screenings of a variety of well-known series and movies, as well as an all-out official Yu-Gi-Oh tournament with the opportunity to win amazing prizes! There will be a small press event within the library as well, along with a selection of dealers who will be selling a variety of geeky products. If all Pocket Geek sounds like your kind of event, we hope you would join us on the 8th of July 2017 from 13:00 until 17:00 at Gateshead Central Library; tickets cost £4 for the whole day and can be bought here or through our event page on Facebook.

We Hope to see you there!

This site uses Akismet to reduce spam. Learn how your comment data is processed.